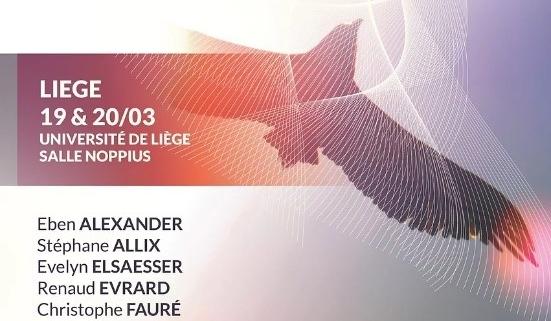 A Conference in-person in Liege, Belgium and Online (in French)

Science today is looking at phenomena long considered paranormal. During a coma, cardiac arrest or general anesthesia, some people have had strange experiences from which they return deeply and durably transformed. They saw their lives go by, went through a tunnel, entered an intense light, met the deceased or spiritual entities and communed with unconditional love. During these moments of unconsciousness, others report floating above their hospital bed, operating table or accident site. When they wake up, they report the course of events, the busyness of doctors around their bodies, the reactions of their loved ones, or even accurately describe situations that occurred at a distance.

Near Death Experience (NDE) and Out of Body Experience (OBE) shake the medical world and question the notion of consciousness. Indeed, how to explain that such phenomena can occur when higher brain functions have ceased?

Another intriguing fact, many bereaved testify to having come into contact with a deceased relative. This percentage is more than 50% for widowers and rises to 75% for parents who have lost a child. The most cautious scientists talk about VSCD, Subjective Experience of Contact with a Deceased, but others no longer hesitate to talk about CAD, Communication with the Deceased.

Mediumistic information, premonition, clairvoyance or distance vision are also singular subjects long doomed to groans by the scientific world. The fullness of testimonies from sane people does not allow us to deny the existence of these phenomena any longer.

What if consciousness could exist without the support of neurons, free itself from the physical body, and emancipate itself from space-time? There are many indications that materialistic modeling of consciousness needs to be reconsidered. More researchers, doctors, biologists and physicists are putting forward the alternative hypothesis of an extraneuronal consciousness, nonlocalized, independent of brain activity.

This Congress brings together renowned specialists from different disciplines around these issues. Among them are Eben Alexander, Stephane Allix, Evelyn Elsaesser, Olivia Gosseries, Teresa Robles, Laurence Vielle and many more.

Dr. Alexander’s talk is entitled:  Extraordinary Experience and the Science of Consciousness

Extraordinary and mystical experiences have informed the broad general conception of reality, catalyzing the elaboration of many religious systems around the world for millennia. In the current era of unparalleled progress in science and philosophy, such experiences contribute tremendously in defining the nature of reality due to their demonstration of features at the boundaries of our normal consensus reality. Thus, the relationship between mind and brain, and more complete models of the nature of any ultimate reality, including such phenomena as connection with the souls of departed loved ones, stand to benefit tremendously from this multidisciplinary analysis of the phenomenon of consciousness. All of humanity will benefit from this unprecedented metamorphosis.

The Art of Dying and Living: An Exploration of Life, Death and the Afterlife